When Your Co-Workers Drive You Crazy: 7 Ways Stay Sane in Cubicle Nation 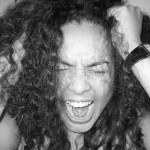 As a life coach, one of the most common issues I hear from my clients is “I like my job but my co-worker drives me completely bat-shit crazy!” Okay, I’m paraphrasing, but it seems that every office has that one coworker from hell.

“My Mike does nothing but bitch and complain! He drags the entire office down.”

“I have to walk on eggshells around our Mike. I never know when he’s going to explode!”

“Mike is such a perfectionist! No matter what I do, it’s never good enough!”

So what can you do? Unfortunately, ripping Mike’s lungs out through his nose –as good as that might feel– will probably reflect poorly on your performance review. Instead, try putting on some shoes.

Shantideva, a Buddhist monk in the 8th century, suggested that attempting to create inner happiness by changing your external circumstances is like trying to protect your feet by covering the whole world in leather. An exhausting, and pointless task. (Not to mention what it would do to the global cattle population!)

You can’t change the world to protect yourself. If you want to be happier at work, stick with what you can control: yourself, and how you react to Mike.

Here’s how to build your very own work-safe, steel-toed Shantideva sandals.

1) What You Allow is What Will Continue

The first rule of dealing with difficult people is: Do no harm, but take no shit. Mute acceptance of Mike’s bad behaviour is only going to feed your frustration. So speak up!

Repeat after me: “Homey don’t play dat.” End of story.

If Mike gets defensive, explain your reaction using “I Feel” statements.

“Mike, when you come at me first thing in the morning, before I even have my coat off, I feel bombarded. Could we pick another time to talk about this?”

Although Mike may argue specifics (“You had your coat off!”), he can’t argue with how he made you feel.

2) Anger Is Often a Secondary Emotion

Anger is an early warning system that lets you know when your boundaries, your safety, or your sense of self feel threatened. It also pops up to cover uncomfortable emotions like shame or fear.

When you’re pissed at Mike, what else might be going on? Are you mad that he’s nitpicking, or are you embarrassed that you made a mistake? Bingo!

Tackle your shame, not Mike. Shantideva would be proud. 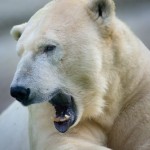 Frustration is not just an emotional state. It is a cascade of chemicals barreling through your body like an ornery bear. If unprovoked, your system will clear those
chemicals within ~90 seconds. If unprovoked.

Your internal dialog can calm that bear down, or it can piss it off.

“Mike is such an SOB. No matter what I do, he’s never happy! Gaah!”

“Wow, Mike’s in fine form today. I wonder what I’ll have for lunch?”

4) Put on Your Pith Helmet

Create some emotional distance from a crazy-making workplace by putting on your anthropologist’s hat.

Pretend you are observing some ancient tribe of Neanderthals. Approach your subjects with curiosity, and remember that the key to good anthropology work is dispassionate observation.

“In addition to hyperhidrosis, the large male appears to have dominance issues.”

All of these techniques work great for braving the annoying Mikes of Cubical Nation, but you should never put up with abusive, intimidating, or inappropriate behavior at work. If you are dealing with abusive behavior, speak to your supervisor or theirs. You have the right to feel safe at work.

Unless your orange jumper has Department of Corrections stenciled on the back, you are making a choice to go to work. The alternatives may be unpleasant, but understanding that you’re not powerless can be liberating.

“I choose to go to work today, so I can pay for that trip to Bali.”

“I have to go to work and deal with that a**hole today!”

Feel the difference? Choice = power = less frustration. And if you honestly can’t stand one more day of working with this jerk, then quit! It is literally your choice. Just remember that there’s a Mike in every office. 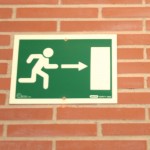 If you’ve walked a mile in Shantideva’s sandals and you’re still dreading Monday morning, maybe your work just isn’t working for you.

Is your inner sommelier withering on the vine at that desk job? Are you desperate to launch the ejector seat, but too scared to pull the handle?

Do it. Life’s too long to hate your job.

If you could use a wingman, a good life coach will help you pack your parachute and map out a smooth landing. It’s what we do! ☺